There is a phrase first said by Jesse Jackson on July 19, 1988 at the Democratic National Convention. He was addressing the convention having lost a nomination battle to Massachusetts Governor Michael Dukakis. Although I have heard the phrase repeatedly over the ensuing 30 years, I now realize I have not given it the weight it deserves with respect to leadership. The phrase: Keep hope alive.

A couple thousand years ago in 52 BC, Julius Caesar had been leading a military campaign to conquer a large region to the north called Gaul – the land that today is roughly France and Belgium. Six years into the campaign, what is now referred to in Roman history as the Gallic Wars, it culminated at what is known as the Battle of Alesia.

Caesar and his legions of 50,000 men had laid siege to the Gallic army at the outskirts of a city called Alesia. With an army of 60,000 Gallic warriors trapped in Alesia, Caesar’s plan was to starve them out by building a wall around the city. The plan was perfect until Caesar learned that a huge army of roughly 120,000 Gallic reinforcement soldiers was marching toward the city to help support their trapped comrades. In one of the more famous military moves in history, Caesar then had his men build another wall structure outside the first wall that had been built – now having one wall to keep the Gallic warriors trapped inside Alesia and another outside wall to repel the approaching reinforcement troops.

Caesar was renowned for many things, including his inspirational leadership on the battlefield. His men were now trapped between two groups of opposing forces that, combined, had three times their number. The Gaul’s attacked the Romans simultaneously from both sides, but after days of vicious fighting the Gallic reinforcement army was demolished and the remaining troops inside Alesia, who had also failed in their attack on the Roman position, surrendered. The victory is yet today recognized as one of the great military achievements in history, accomplished in part because of Caesar’s ability to inspire his men to not lose hope that they could prevail.

Like Caesar, Churchill understood the power of keeping hope alive. This speech, given at a time of great peril and uncertainty, and in anticipation of what soon became nightly bombing raids on London, was what the population of England needed to hear. It was a message that did not sugar coat the situation, but was one of utter determination and confidence in the future. Caesar and Churchill – they understood the need for the human heart to keep hope alive.

Hope Through the Present

Leaders today can learn from these two examples. We are facing something far less overwhelming than an attack from barbarians or daily bombings from Nazis, but we are nevertheless facing an incredibly difficult situation that has most unnerved and many scared for their personal well being, that of a family member, or their economic future.

The relentless news announcing every new death toll from COVID-19 has understandably culminated in fear. All this while many workers are separated from their colleagues – isolated from the group support that some are now just appreciating as to how much it meant to them. They are feeling alone.

At times of crisis and risk, there are always the pessimists and doomsayers. They couch their dire statements in the framework of being realists, and they seem to have an almost vicious animus for anyone who dares to speak a hopeful thought during a crisis. These virtue signaling people see themselves as being the intelligent and noble few who are brave enough to describe all the terrible things that are about to befall us, and anyone who sees any brighter path is either a fool or a liar. But in fact, the “realistic” doomsayers are usually wrong – and not a little bit wrong, but wrong by a lot.

Before President H.W. Bush ordered the invasion of Kuwait to push the Iraqis out, the nightly news programs had guests warning that we would need 100,000 body bags for dead American troops if we dared move. These dire projections were only off by 99.7% (by one report the U.S. suffered a total of 148 battle deaths, 145 non-battle deaths and 467 wounded), yet those purveyors of fear and pessimism were never required to come back on those same programs to acknowledge the absurdity of their projections. They were serving to increase fear and to extinguish hope.

Right here in Omaha we had a wonderful (well, actually terrible) example of pessimistic fear mongering. On March 25, 2020 our local paper ran this headline: “Nebraska has far to go in virus fight, faces huge hospital bed shortfall.” The article went on to say, “If half or more of Nebraskans contract COVID-19, the disease caused by the coronavirus, and if 5% to 10% of the sick require hospitalization – as some health organizations have projected – perhaps 100,000 hospital beds will be needed in Nebraska, a state with about 7,000 such beds (my emphasis)." This was a mathematically absurd, calamitous projection. (For those of you interested, with Nebraska having a population of 1,900,000, to require 100,000 beds one would have to assume 50% of the population were simultaneously infected with COVID-19, of that 950,000 10.5% needed to be hospitalized, and all on the exact same days.) Now, less than two weeks later, the Institute for Health Metrics and Evaluation estimates the need for hospital beds in Nebraska will peak later this month at 1,400.

It would be good for all who are in a leadership position to grasp the deep human need that Reverend Jackson, Julius Caesar, and Winston Churchill knew to exist: the need to keep hope alive. How to do that? It starts with messaging that combines realistic acknowledgement of the current challenges with a longer view of the eventual positive outcome.

Great leadership requires the ability to sell – to sell hope.

This is what President Roosevelt understood as he led us out of the depression and through WWII. He remained resolute and kept hope alive for the American people, telling us famously that, “All we have to fear is fear itself.”

It is what then General Eisenhower understood as he wrote his order of the day to 175,000 Soldiers, Sailors, and Airmen on the eve of the D-Day invasion:

“You are about to embark upon the Great Crusade…The hope and prayers of liberty-loving people everywhere march with you. In company with our brave Allies and brothers-in-arms on other Fronts, you will bring about the destruction of the German war machine, the elimination of Nazi tyranny over the oppressed peoples of Europe, and security for ourselves in a free world. Your task will not be an easy one….But this is the year 1944! Much has happened since the Nazi triumphs of 1940-41….The tide has turned! The free men of the world are marching together to Victory!”

It is what President G.W. Bush understood when after 9/11 he presented a hopeful message with a bullhorn standing amidst rubble in New York: “Ican hear you! The rest of the worldhears you! And the people – and the people who knocked these buildings downwill hearall of us soon.”

None of us reading this are leading a military campaign or a nation through wartime. But we do influence our families, our social network, and particularly if in a leadership role, our employees and colleagues. It is a good time to remember that hope is the light in darkness. The spirit will survive as long as hope exists. 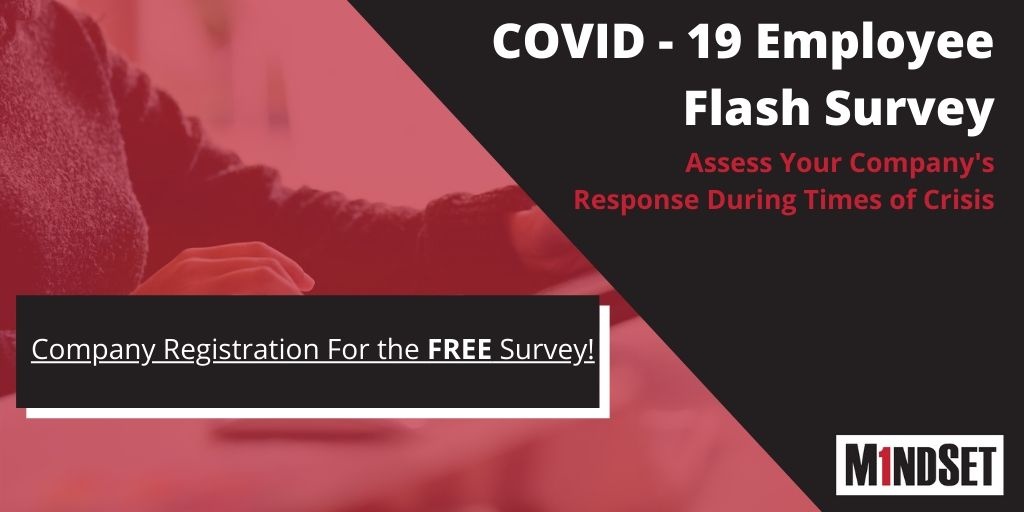